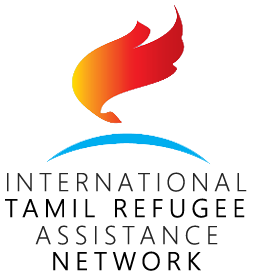 LIVING AS A TAMIL REFUGEE IN MALAYSIA

Eelam Tamil refugees in Malaysia are not allowed to study in the public Tamil schools. Instead they go to refugee schools, partially funded by the UNHCR and partially funded by the refugees themselves. The UNHCR is aware of approximately 250 Eelam Tamil children of school-going age. This figure does not include children of those waiting to be registered with the UNHCR as well as children of those rejected in refugee status determination after appeal who remain in Malaysia.

With every day they are denied proper education, they are denied the ability to develop themselves morally and intellectually for their future. It inhibits them from opportunities to better their lives. Creating a generation of unskilled or even illiterate community, unable to be self-sufficient or provide for themselves in the future.

In Malaysia, refugees are able to access public and private healthcare facilities, just like any other resident of Malaysia,

However, the challenge of access to healthcare still remains. The health needs of refugees are often neglected due to the challenges they face in accessing healthcare services due to varies factors such as the cost of medical care language barriers and difficulties in physically accessing hospitals and cities.

According to UNHCR Malaysia as of January 31, 2016

Guided by Tamil values and experience, I-TRAN is working to address the global Tamil refugee crisis. We protect Tamil refugees throughout the world and displaced persons in home land, helping them to build new lives in safety and with dignity.

Why? Because as long as there are still places where it is a crime to be who you are, we have a mandate to be who we are

Join us today. Sign up to learn how you can make a difference on one of the most urgent issues of our time. If you would like to know more about our action, go to our website: www.i-tran.ca

You can make a donation either with your credit card, using the paypal button, or by check at the attention of I-TRAN at the below address